Local lore has it that the original building at 3113 Main Street was constructed in 1892 by one elder and a bit later by other locals. The earliest information we have today comes from Mary Alice Smith. The property was purchased twenty years later from her parents Mort and Agnes Smith who ran the store listed below. 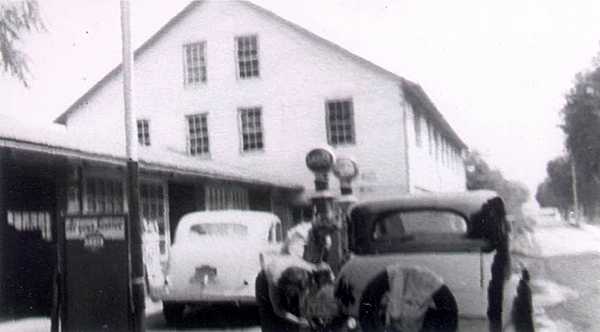 Building A was home to the Conestoga Casket Company from January 27, 1912 until being forced to close because of financial troubles two years later. On March 14, 1914 three local men purchased it for $820.00. The Eisenlour Tobacco Company bought the building on April 11, 1917 and employed mostly women in the labor-intensive work of stripping tobacco there. Eisenlour closed its doors in Conestoga in 1922.

In 1923, Martin W. And Agnes M. Smith bought the building. Auctions were held every Saturday night and on many other special days. At the time the auctions were the big event in Conestoga. Anything and everything was sold, mostly on consignment. Cows, pigs, chickens, furniture, fruit, etc. were included. Many seniors still remember the big stalks of bananas, which hung in their cellars and were eaten as they ripened. In those days bananas were an unusual commodity for such a small town. Near the end of the auction, they were sold rather cheaply. Also included in the evening was entertainment such as bands, country music, and even boxing.

During the summer, the patent medicine man came for a week or more. He and his sons entertained each night. Between skits and music they sold patent medicine and cracker jacks. 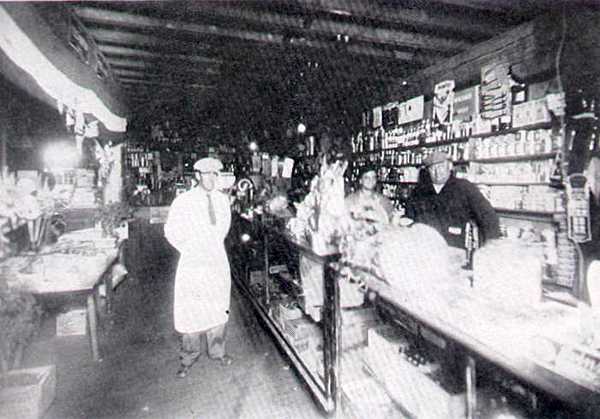 The whole family worked in the store, waiting on customers, stocking, preparing and cleaning. Leo and Mary Alice had already had some experience during the auctions. Since age 5, Leo had been in charge of the soft drink case and Mary Alice worked behind the counter helping children spend their pennies wisely.

Many customers would bring a list of what they needed for the week. The clerk took this list and got each item from the shelf. The price of each item was listed, usually on a paper bag, and added up by the clerk. The money was put into a cigar box from which change was made. Later a cash register was used.

In the 1930s, during the building of the Safe Harbor Dam, the Smiths initiated the first "Drive-Thru Convenience Pick Up." In the morning and evening, when the shifts would change, a member of the Smith family would stand outside in all kinds of weather, selling candy, cigarettes, and other goods kept in a cabinet outside the store. Thus, the customers did not have to get out of their car.

In 1983, when Ben Vonderheide purchased the building, it was in a state of disrepair, and suffering from years of neglect. Ben operated Balloons By Ben & Co. From 1983 until 1996 employing hundreds of local people to distribute popular balloons to retailers across the country. Millions of balloons were shipped on a regular basis to all Toys R Us, Giant, Acme, Weis, Ames, Spencer gifts, Zayre, McCrory’s stores throughout the US. Then, in 1995, Ben built and operated a pizza restaurant, which he sold in 1998 and has since closed.

Built in the 1860s, this building is rumored to have burned down in the 1890s. The building was part of the Otto Eisenhlore & Brothers tobacco operations in the early 1900s. Town gatherings including Saturday night dances, and square dances were held here in the 1890s (and were revived there in the 1920s). The Saturday night square dances continued to be held in what is today our Building "B" throughout the prohibition. Soon after this period, Eshelman’s Tavern developed a hotel in Building B and operated their business there into the 1930s. 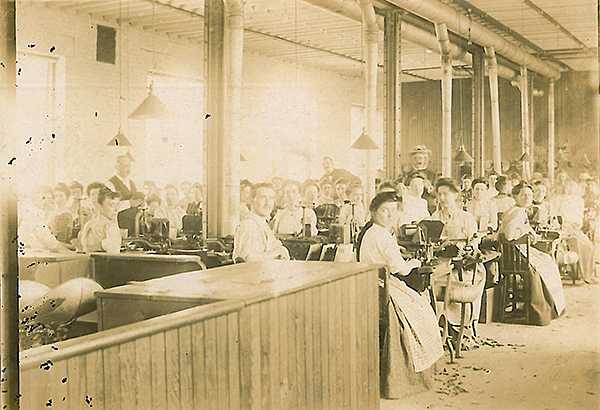 The hotel operation was converted into five apartments in the mid-1930s. These were dry flats with one hand pump and sink in the hallway and a double outhouse in the back. The double outhouse was a luxury in Conestoga in the 1930s, according to several people who lived or who were born in those apartments and still live in town. At about this time, a flour hammer mill and sales operation was housed in the building’s basement and first floor.

Since its new ownership in 1983, the building has housed:

Purchased in 2014 and renamed "Kingdom Crossroads," Buildings "A" and "B" are now a multi-use space providing a mix of residential apartments and professional office spaces. Current business tenants include Sharp Innovations, Inc, a full-service Internet marketing agency, Live with Purpose Coaching, LLC, which helps small business owners, their teams, and individuals evolve in their pursuit of lives and careers of deeper meaning and purpose, and Dream Bridge International, a non-profit catalyst for micro-financing that supports entrepreneurs in third-world countries.

2015 - Kingdom Crossroads in the News 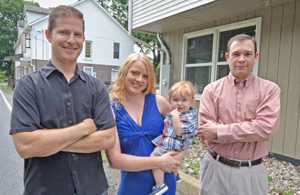 Two springs ago, Joe Sharp wasn’t in the market for commercial real estate.

He wasn’t looking for rundown old buildings to convert into a hub for nonprofits, ministries and faith-based small businesses, including his own.

Funny how things work out sometimes...